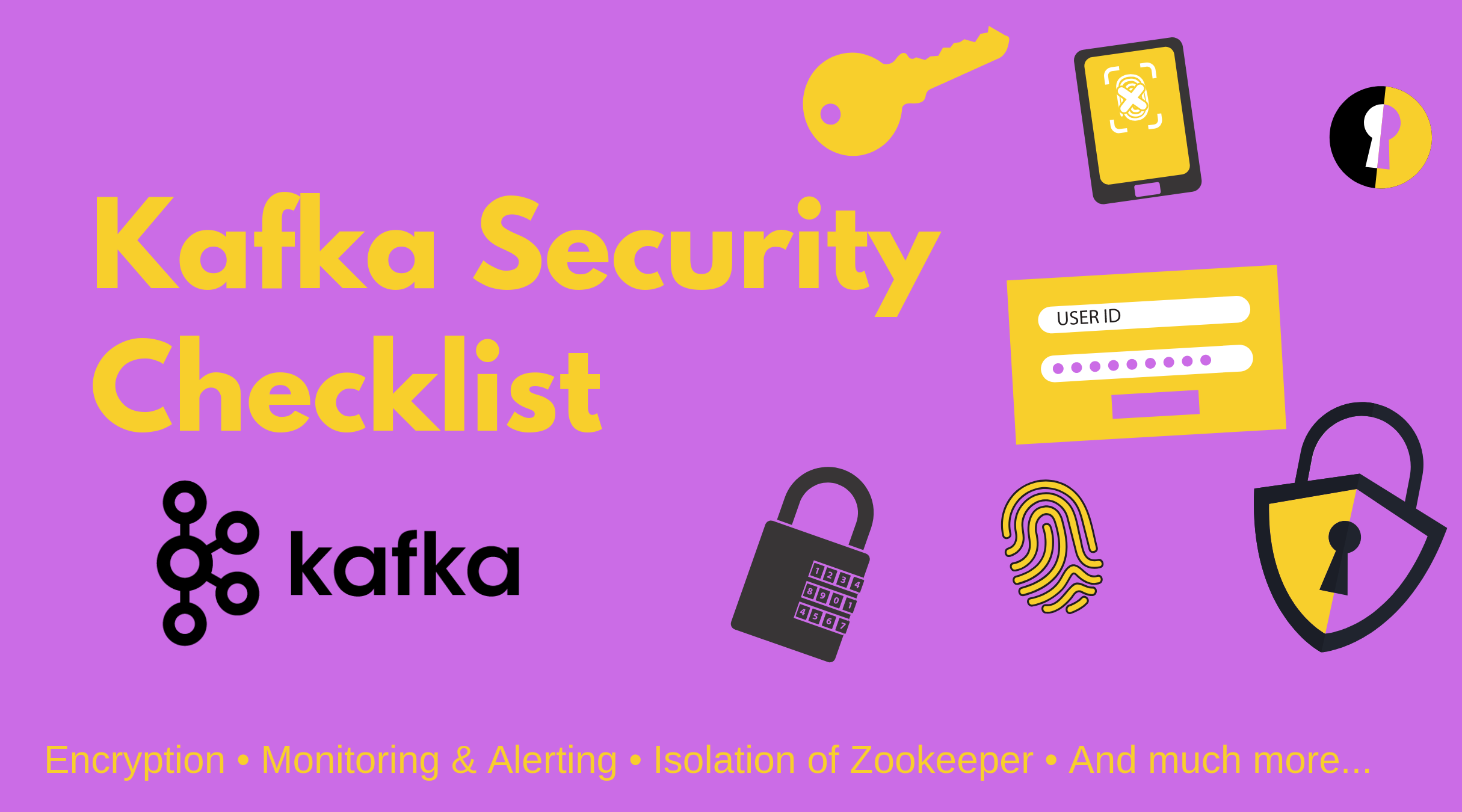 There are six key components to securing Kafka. These best practices will help you optimize Kafka and protect your data from avoidable exposure.

By default, data is plaintext in Kafka, which leaves it vulnerable to a man-in-the-middle attack as data is routed over your network. Transport layer security (TLS) and/or a secure sockets layer (SSL) encrypts data between clients and/or brokers, from clients → brokers, and tools → brokers.

Using a communications security layer, like TLS or SSL, will chip away at throughput and performance because encrypting and decrypting data packets requires processing power. However, the performance cost is typically negligible for an optimized Kafka implementation, especially with the more recent versions of Kafka. See our article on Kafka optimization for general use cases for more details on optimizing Kafka.

It is important to remember that encryption only protects the data as it moves to and from Kafka. Other measures outlined below must be taken to secure data that is sitting un-encrypted in Kafka.

SASL authentication is more involved and tends to be the better approach for big data implementations. SASL comes in different forms such as SASL Plaintext, SASL SCRAM, Kerberos, and a few others. Of these, Kerberos is our go-to for security reasons.

When granting access, it is important to set parameters for what information or sets of information a client has access to within Kafka. Employ access control lists (ACL) to limit which clients can read and/or write to a particular topic. This approach limits access and also sets a baseline for alerting off of abnormal behavior.

With either machine learning based alerting or threshold based alerting, you can have the system notify you or your team in real-time if abnormal behavior is detected.

Isolating ZooKeeper is another crucial component to keeping the implementation secure. Zookeeper should not connect to the public internet, aside from rare use cases. ACLs can also be employed for ZooKeeper.

An example configuration for security setup with SASL_SSL:

We have several other articles on similar Kafka optimization topics to help you with your Kafka implementation.