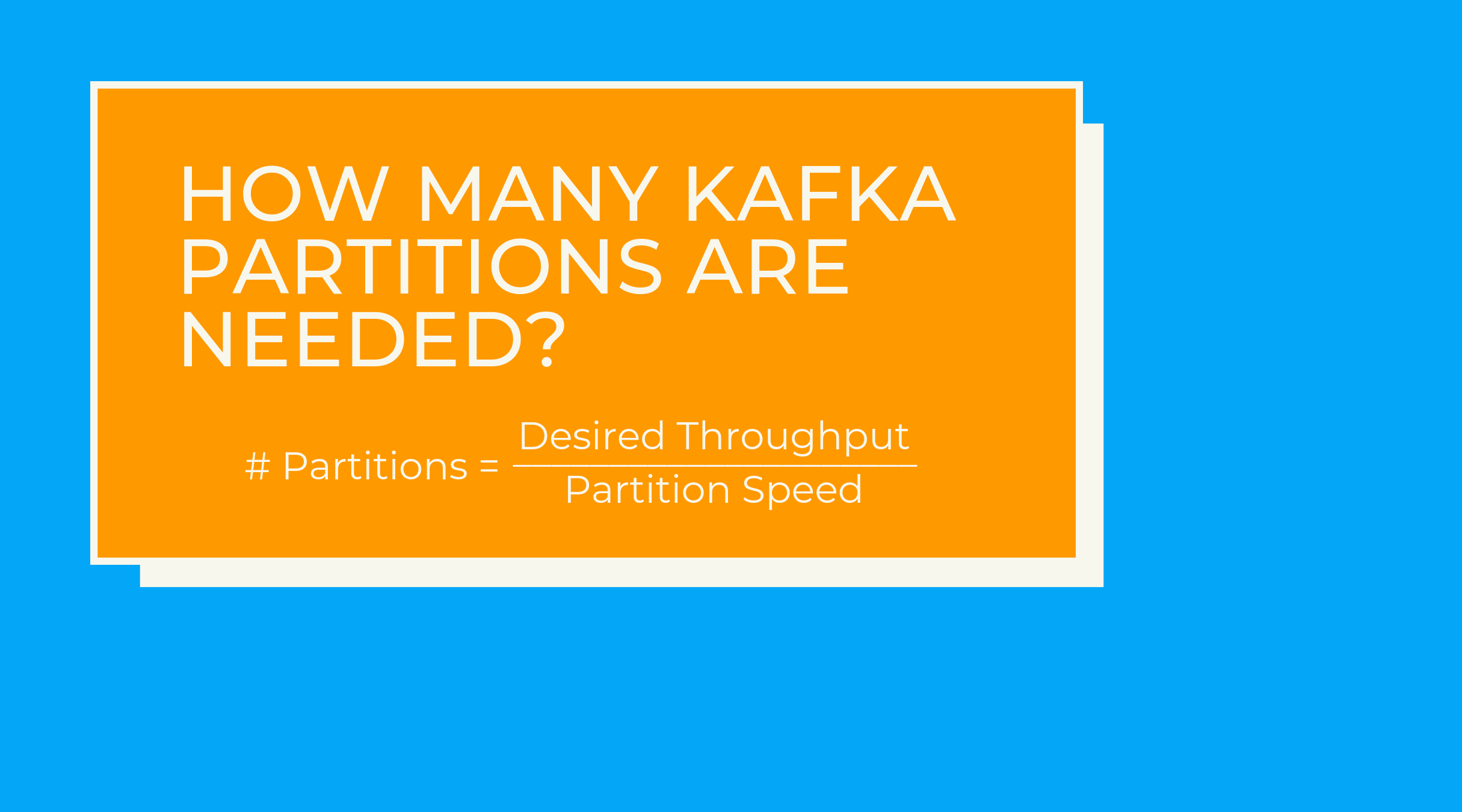 Apache Kafka is a distributed system, running in a cluster with each of the nodes referred to as brokers. Kafka topics are partitioned and replicated across the brokers throughout the entirety of the implementation. These partitions allow users to parallelize topics, meaning data for any topic can be divided over multiple brokers. A critical component of Kafka optimization is optimizing the number of partitions in the implementation.

Since a topic can be split into partitions over multiple machines, multiple consumers can read a topic in parallel. This organization sets Kafka up for high message throughput.

However, you don’t necessarily want to use more partitions than needed because increasing partition count simultaneously increases the number of open server files and leads to increased replication latency.

For most implementations you want to follow the rule of thumb of 10 partitions per topic, and 10,000 partitions per Kafka cluster. Going beyond that amount can require additional monitoring and optimization.

Here is the calculation we use to optimize the number of partitions for a Kafka implementation.

Conservatively, you can estimate that a single partition for a single Kafka topic runs at 10 MB/s.

As an example, if your desired throughput is 5 TB per day. That figure comes out to about 58 MB/s. Using the estimate of 10 MB/s per partition, this example implementation would require 6 partitions.

For the example above, the number of partitions is set using the following code:

As with all collected data, you want to ensure information is not lost if there is a failure. Creating replicated partitions is an important component to preventing data loss.

We offer a number of support services including RSA, workshops, and training.