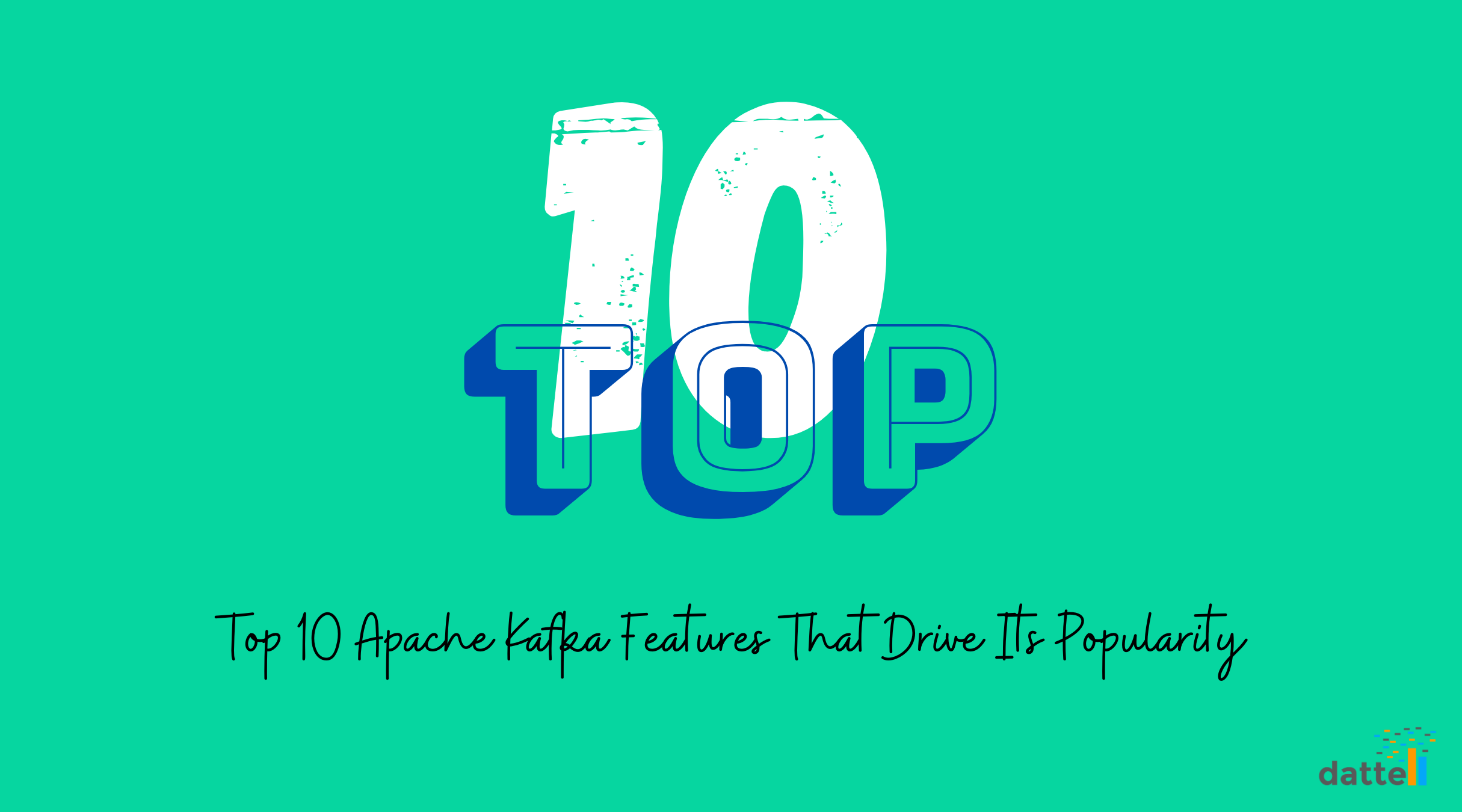 Apache Kafka is hugely popular because of its features that guarantee uptime, make it easy to scale, enable Kafka to handle high volumes, and much more.  In this article we will discuss the Top 10 Apache Kafka features to help you evaluate if Kafka is the right technology for your company’s business and technical needs.

What is Apache Kafka?

Apache Kafka is an open source platform that handles an incredibly high volume of data passing from one endpoint to another guaranteeing all data is delivered.  Kafka guarantees data is delivered by using a queue system.  Kafka receives data, adds it to a queue, and a consumer of the data reads from the queue as the database is able.

Apache Kafka’s fault tolerance is a product of it being a distributed messaging system that implements pieces of the two traditional messaging models, Shared Message Queues and Publish-Subscribe.  Read more about how Kafka uses consumer groups for event scaling here.

Hopefully you can see the incredible value there is in ensuring 100% of data sent is received and why Apache Kafka is so important.

Below we describe the Top 10 Kafka Features that make it the best technology for many data streaming applications.

Kafka can handle moving any amount of data from bytes to petabytes a day.

Kafka, a distributed application, will coordinate Kafka brokers to guarantee data is only sent once.

While scaling horizontally across many servers, Kafka maintains the ordering of your data.

Kafka is a distributed application with a configurable amount of replicas offering high availability.

Kafka can replicate all data to another cluster in another datacenter keeping your data online in the case of a disaster.

Kafka performs with any amount of data sent through it, reducing server costs.

Kafka has no downtime requirements for upgrading. Kafka cluster health can be monitored by a myriad of tools to allow preventative maintenance.

In fact, at Dattell our managed Kafka as a Service comes with a 99.99% uptime guarantee for Kafka hosted on your servers.  Learn more about Apache Kafka as a managed service here.

Kafka’s popularity over the last several years has encouraged many other applications to develop integrations with Kafka.  This makes for the easy addition of new functionality, such as plugging in to other applications.

Apache Kafka was developed by LinkedIn and subsequently donated to the Apache Software Foundation.  Because it is open source there are no license fees to use Kafka! This software is completely free.

Have questions about Kafka features?

There you have it, the top ten features that make Apache Kafka popular among developers.

If you have any questions, feel free to reach out to us using our contact form or from our Kafka Consulting or Kafka as a Service pages.