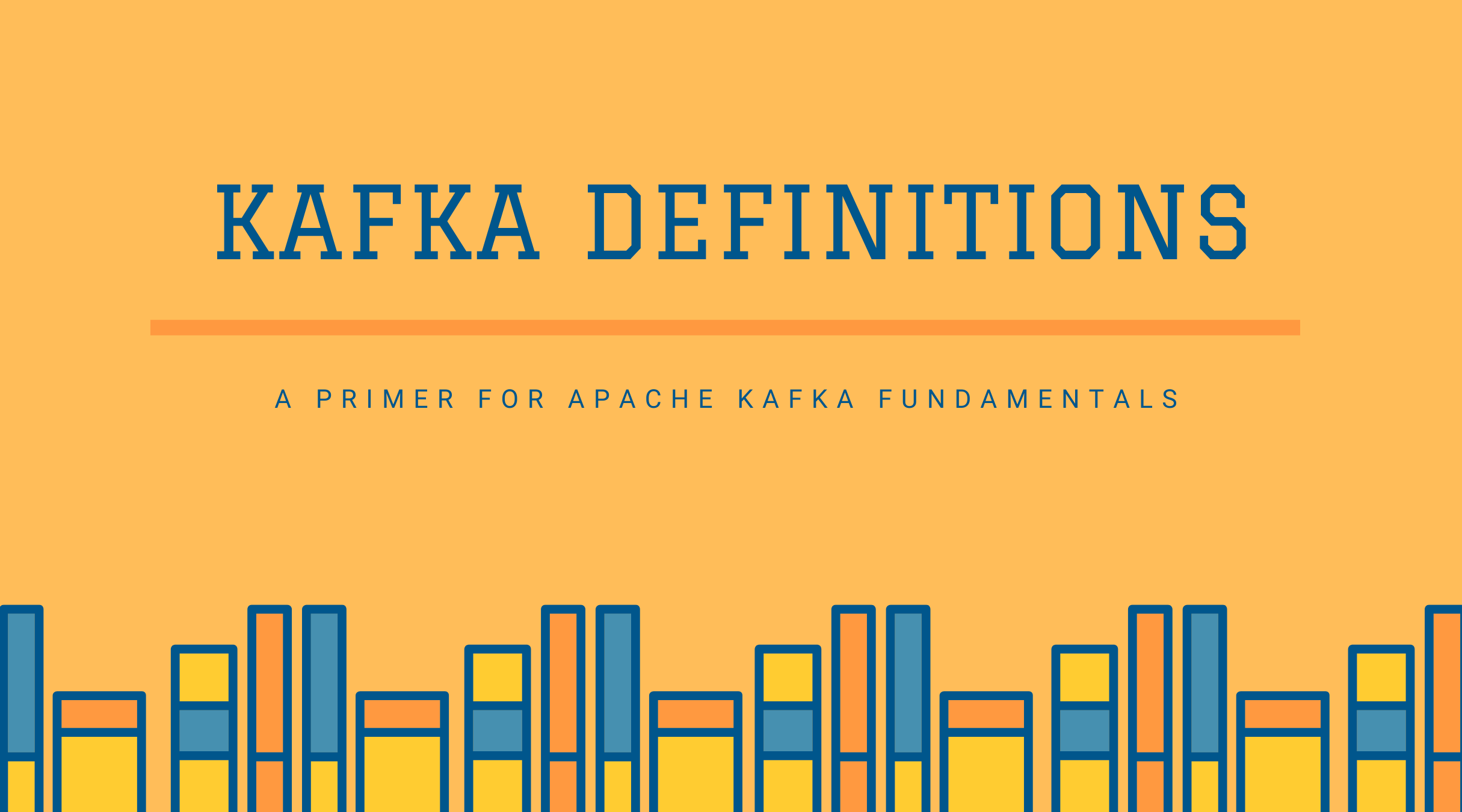 Taking a break from Kafka optimization posts to get back to the basics of Apache Kafka and define fundamental Kafka concepts.

Kafka Producer.  A Kafka producer is a standalone application, or addition to your application, that sends data to Kafka broker(s).

Kafka Broker.  A Kafka broker is the central Kafka application that acts as a message queue for your data.

Kafka Topic.  Kafka topics are used to organize message feeds into categories.  Each topic has a name that is unique across the entire Kafka cluster.  Continue reading about Kafka Topics.

Kafka Latency.  Kafka latency is the measure of how long it takes Kafka to process a single message. Continue reading about Kafka Latency and Performance Tuning.

Kafka Throughput.  Kafka throughput is the measure of how many messages and the size of the messages that arrive within a particular period of time. Continue reading about Kafka Throughput and Performance Tuning.

Kafka Partitions.  Kafka partitions allow data to be processed in parallel either across multiple brokers or a single broker.  The number of partitions needed is dependent on the desired throughput and partition speed.  Continue reading about Kafka Partitions.

Kafka Uptime.  Kafka uptime is the measure of how much time Kafka is online over a prescribed period of time.  If the uptime is 100%, that means Kafka was fully online and didn’t lose any messages.  If uptime is 99% over a 24 period, then out of the last 24 hours Kafka was down for a little over 14 minutes. A well-designed Kafka deployment should provide 24/7, reliable, fault-tolerant message collection and processing.  Continue reading about Uptimes for Kafka as a Service.