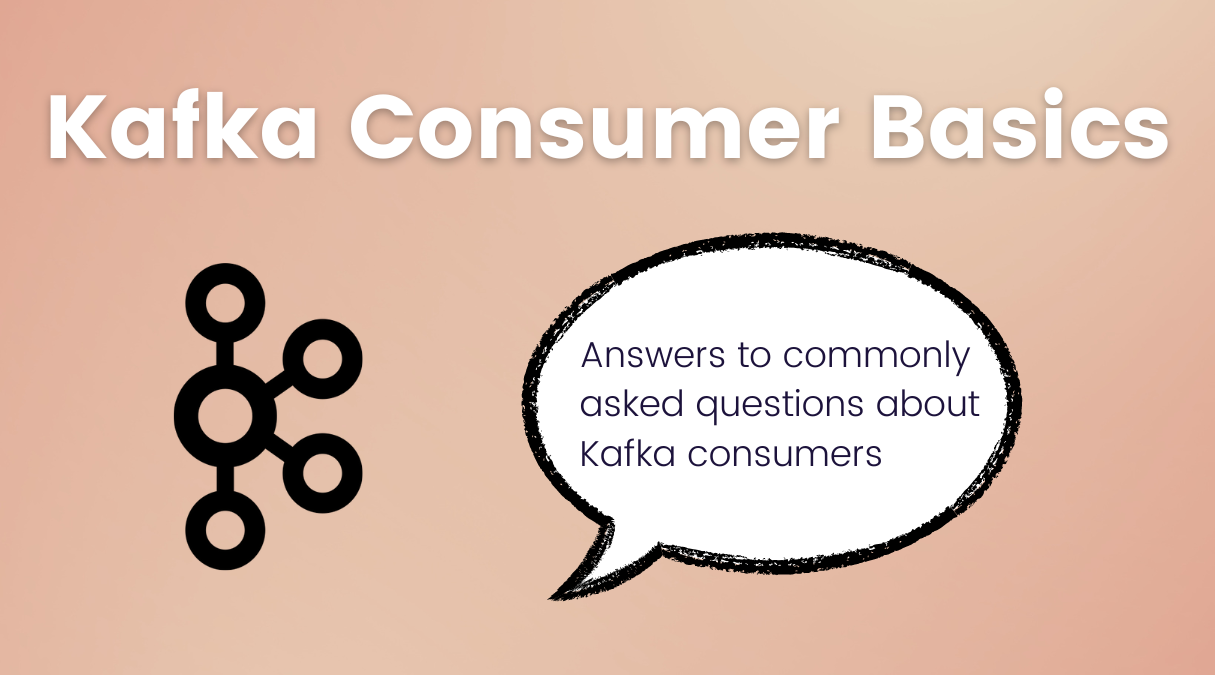 In this article we provide succinct answers to common Apache Kafka consumer questions.  You will learn the basics of how Kafka consumer groups work, how many consumers you can have per topic, and other important Kafka consumer facts.

For consumer groups with two or more consumers, the workload is divided. Only one consumer within the group will subscribe to an individual topic partition.

If a consumer drops off or a new partition is added, then the consumer group will automatically rebalance the workload.

Kafka consumers are the applications that read data from Kafka servers.  Kafka consumers will subscribe to specific topics or topic partitions and retrieve messages from those topics in real-time.

Click here to learn more about how to optimize a Kafka consumer.

You will want to set up real-time monitoring of your Kafka implementation to monitor its status, including consumer lag.  We have an article that covers how to set up Kafka monitoring using either Elasticsearch or OpenSearch.